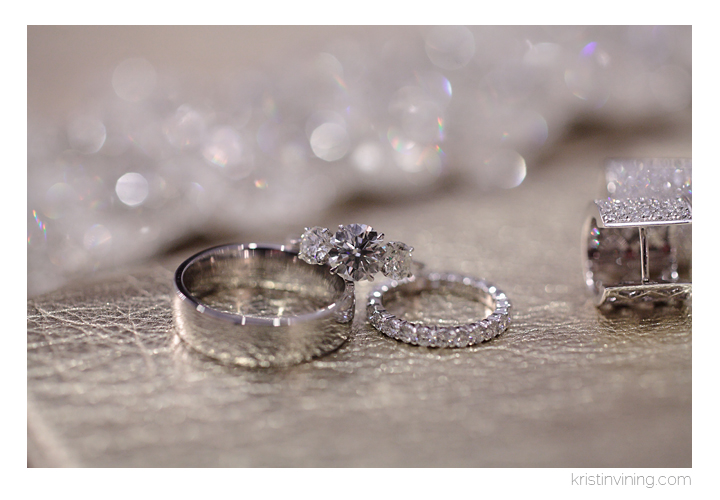 Our morning started like most mornings when photographing destination weddings.

1.  Take advantage of sleeping in a bit while kidless.
2.  Continental breakfast…back in bed.
3.  Catch up on the news and relax before it is game time.

This particular morning though, Steve (my wingman) and I decided to throw a little something extra into the morning.

A trip to the newly opened George W. Bush Presidential Library and Museum.

We attempted to get to the museum on Friday, but ended up spending a good portion of our day at the The Sixth Floor Museum at Dealy Plaza, shopping (can’t go home empty handed with six-year old twinkies anxiously awaiting mommy treats) and two other pit stops which included Sammy’s BBQ and Chicken Scratch (yum!).  Needless to say, we had little time to get to the library.

The tour was remarkably moving.  We entered through the first gallery learning about his childhood, the Florida recount, his love for baseball, etc before entering the gallery “Responding to September 11”.
This is where the tears began to fall.

Projection systems played back the moments the planes hit, the towers fell and America was silenced.  All while standing next to two steel beams that once help glue our country together.

It took my breath away.

Three hours and several galleries later , we left feeling a strong connection to the former President, his wife and family.  What a treat to experience before heading off to work!

Little did we know what would happen later…

Meet Jenny and Dan!
Salt of the earth and the epitome of true Texans, I was utterly smitten the moment I first spoke with her via phone.  And when we met in person it was love at first sight (see Charlotte, NC engagements here).  It is very easy to understand how and why they had a twenty-six person bridal party.
They love and are loved…immensely.

Despite the gloomy Texas day, I do have to admit…there was a spark and energy about the day that was electric.  Perhaps it was because we were shooting in a new location (which I adore!) or maybe it was just that sweet, Texas spirit.  Whatever it was, it was great.

Dallas Country Club was the setting.  Highland Park United Methodist was the union.  She wore Ines DiSanto alongside of her Amsale adorned bridesmaids.
The flowers were neutral in palette with a lushness of…well, lushness fit for a presidential affair.

We were given 10 minutes to grab romantics before Jenny and Dan would make their introduction into the reception.  Geared up to shoot F1.4-2.0 with no strobes, we had to get in/get out – no time to light it up.
And that is when it happened.

Jenny and Dan approached me and said, “George and Laura Bush are having dinner in the formal dining room.”  I gasped, “Really?  I was just there and didn’t see him.”  But he confirmed.  And he was right.

PRESIDENT GEORGE W. BUSH and LAURA BUSH WALKED OUT OF THE DINING ROOM DIRECTLY TO US!!!!

Dan approached, they shook hands, President Bush put his arm around him and said, “Let’s take a picture.”

I died.  For a second.  I died.  My heart stopped beating.

I pray that my composure did not reveal what I felt inside, but it was in that moment that my knees wobbled, my hands were trembling and I felt the lump in my throat coming.

I couldn’t believe I was photographing a former president of the United States up close and personal!

My camera went up and the shutter started clicking.  And then it dawned on me again…I HAVE NO FLASH!!  I AM MANUALLY FOCUSING A GROUP PORTRAIT…WITH NO LIGHT!!!
“Please, Lord, please just let me get them all in focus!!  Dial in, Kristin!  Calm down.  Think.  Work!!!”

The entire encounter was surreal.  Kind of like bumping into friends you had not seen in a while.  Mrs. Bush smiled the most gracious and lovely smile and stood there like she had all the time in the world to spend.  There was nothing rushed whatsoever.  President Bush listened, was engaged and chatted all about their wedding, etc…as if they were catching up on lost time.

And then I spoke…
“We spent the morning at your library and I feel like we really know you now.  It was remarkably moving.”

Mrs. Bush smiled beautifully at me and nodded as President Bush said, “Now, I bet you didn’t see many pictures of me there, did you?

They loved on Jenny and Dan a bit more, shook hands then poof…they were gone.

We all huddled together like giddy school kids.  Disbelieving that that had really just happened.

What a wedding gift!

And there we have it.
My journaled words about the day I photographed President George W. Bush and First Lady Laura Bush.
Historical figures that will always be remembered, never forgotten.
Our former Commander in Chief during our country’s most tulmultous times.
And a First Lady with so much poise and grace she left me filled with…love.

Congrats, Jenny and Dan!!  I love you to the moon and back and back again.  And thank you, Julia for sharing your words about KVP to your beautiful friends.  I am most grateful!!

Hope you enjoy this little snippet of their day.

You definitely don’t want to miss the end! 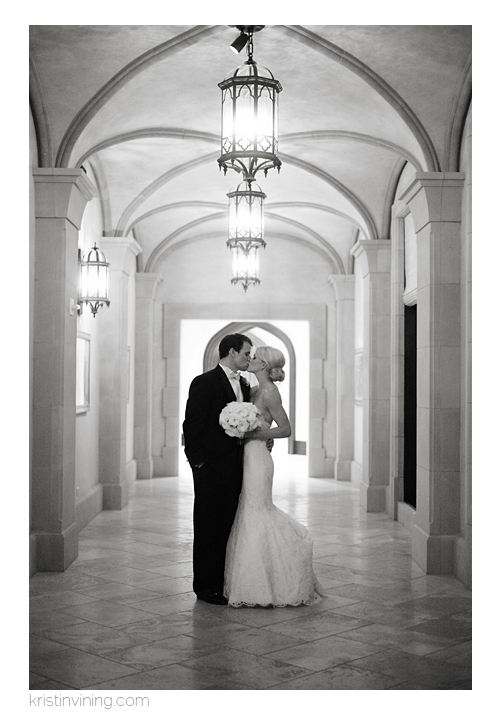 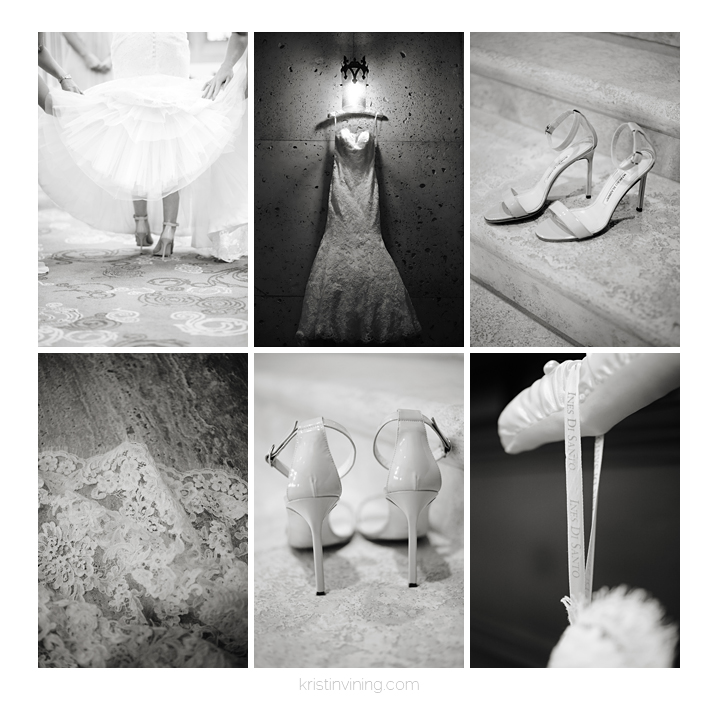 Nesha Pai Singer - WOW is all I can say. The words and the pictures—I feel like I was there with you but what an incredible capture of this day, this moment—so eloquently. Just WOW.October 3, 2013 – 4:16 pm

Mandie Miller - I’s so giddy for you reading this!!! I followed the journey on facebook that night, and loved reading about it on your blog! You pictures are gorgeous, as is your heart. Love it all!October 3, 2013 – 4:29 pm

LRT - Little mama, I’m so happy and proud of you… proud that you kept it together to get the shots! Amazing… what’s so cool is that you photographed someone that ran our country… not just a movie star. The wedding itself is amazing too! Gorgeous! xoOctober 3, 2013 – 8:41 pm

Chrystal - KV – such a great story. The photos of the day were amazing…. and you kept it together with grace and beauty I am sure while photographing one of the most powerful men in the world. Love the photo where he has his arm around the bride and Laura is in the background. As always… amazing work!!October 7, 2013 – 3:48 pm

Jenny Harris - KV- How can we ever thank you enough for capturing the best day of our lives in such a glorious fashion? We absolutely love, cherish and adore every single image. I stressed that we had to give up certain things and a videographer was one of them. Thanks to your talent and INSANELY remarkable ability to tell a story through photos, we didn’t need one (at all!) You and Steve are quite the team and were such a blessing and gem to find. We are so grateful for the memories you were able to capture that we will be able to remember, cherish and laugh over for years to come. And the photos with George and Laura Bush? I MEAN!!!! We love you KV!October 9, 2013 – 10:30 am

Paul - Why did she say she had focused that group portrait at low light MANUALLY? The photos around do look like perfectly automatically focused. Is there still a prizm in that viewfinder, huh?February 2, 2015 – 9:19 pm

This morning we’re posting from the Lonestar State…yeehaw!…my old stopping grounds!  But before we head out to spend our off day playing at the Pres. Bush Library I just had to share this lovely little post!

I spent last week getting to know this incredible couple, Sara and Jon.  Early morning coffee talk with my soon-to-be bride and groom during hair and makeup is a wonderful way to jump start any day!
(Of course, stylist + artist extraordinaire, Lindsey Regan Thorne,  kept us in stitches while she beautified this already gorgeous gal!)

It wasn’t long before we hit the road to photograph in this little patch of wildflowers I discovered earlier in the month.  And wouldn’t you know it…lavender is Sara’s favorite color.  SCORE!

After lots of kissing, smiles and laughter…voila.  Another beautiful couple documented!

Oh how I adore engagement sessions!

When I discovered that I would be photographing in the infamous town of Southport, North Carolina, I nearly choked.  I mean…let’s face it…this quaint little place by the sea breathes l.o.v.e!

And to spend the weekend with two individuals who just might be the sweetest couple on earth…well, that was icing on the cake!!

Hope you enjoy this little snippet of their day.  Just a few of our most favorite moments!!

Congrats, Kelly and Gary!!  Wishing you both a lifetime of happiness!!!

In case you missed her bridal session!